Excerpt of A NATIVE'S TONGUE by Michael Dennis


Jennifer Bannister’s footsteps echoed down the hall. The uniforms of the inmates dampened the sound. Her ears tried to follow the faint sound, if only to affirm that she was still moving forward. There wasn’t anyone to hold her hand. She just trusted that each sign would guide her in the right direction.


I’ll get there at some point, Jennifer thought, trying to convince herself that she was doing the right thing. You can’t get lost in here; they don’t let you go off course. Her words slipped away. She felt the cold air settle over her skin. She glanced at a placard marked Visitors Only.


In the cool air, her skin tightened. Jennifer shivered and wished she were somewhere warmer. Seeing Violet for the first time was going to be hard enough. She was going to look the woman she hated most in the world in the eye. She didn’t want to be shaking from the cold and covered in goose bumps.


Jennifer peered through the bulletproof glass at Violet. There were markings embedded in the glass, swirls that made it harder to look directly into Violet’s eyes. Jennifer picked up the phone and listened. Violet grabbed it and began to speak, “It was never you that he loved. You know that right?” Violet’s voice was raspy.


Her expressions and mannerisms changed from static to fully engaged. She stood up and waved her hands maniacally at Jennifer, and then she slammed her fist against the glass.


Jennifer hung up the phone. Her blonde hair got caught in between her hand and the receiver as she placed it back on the black hook. Turning, she slid out of the red plastic chair and down the corridor, guided by the exit sign’s green light. In the stale air of the prison, she searched for a pack of cigarettes, unsheathed a Parliament, lit it, and smoked nervously.


Two overweight guards carrying guns in nylon hip holsters directed her to the parking lot, where they offered her matching robotic waves good-bye. The midnight blue 2005 Jaguar xk8, which her parents loaned her for this visit, was the only vehicle in the parking lot row. Her parents thought she would feel safer in their car rather than her own bright red Honda.


In either case, she seemed to fit this car, or the car fit her a lot more. Her lean physique matched the lines on the Jag, and it made her feel more mature. She was constantly trying to act older than she was. Jennifer went around to the passenger side of the car and opened the rear door. She set her oversized black leather purse on the back seat and took out a translucent orange bottle filled with tiny white pills. She slung her head back, popped two, shut the door and walked around to the driver’s seat.


The heat had melted the surface of the Jaguar’s leather seats, reducing the fabric to a buttery texture. Jennifer’s blonde hair clung to the sides of her shoulders, heavy with sweat. She retrieved her car key from the passenger seat, pressed the key into the slot, and burst into tears, suddenly unable to move.


Jennifer hadn’t eaten all day. The heavy dose of Xanax caused her to feel excessively nauseous. She blacked out and fell forward, hitting her forehead on the steering wheel. The car increased in temperature with the late afternoon heat. Her powder-white skin grew red.


“Miss. Are you alright? Miss?” A young guard, Bill Marsh, had spotted the car, and decided to go in for a closer look.


When Jennifer didn’t move, he took out his club and smashed the window. She woke up from her temporary coma and lashed out.


"You Fuck!" Her voice was barely audible, even with the window smashed. Her energy was gone.


"I am! What business do you have involving yourself in my business? Do you know what you did? You just fucked up my car, you moron.”


“Look, I just saw you from my station.”


To Bill, her face looked familiar, though he couldn’t place where he had seen her before.


"You have no idea. Sitting in your stupid box, behind that intercom. 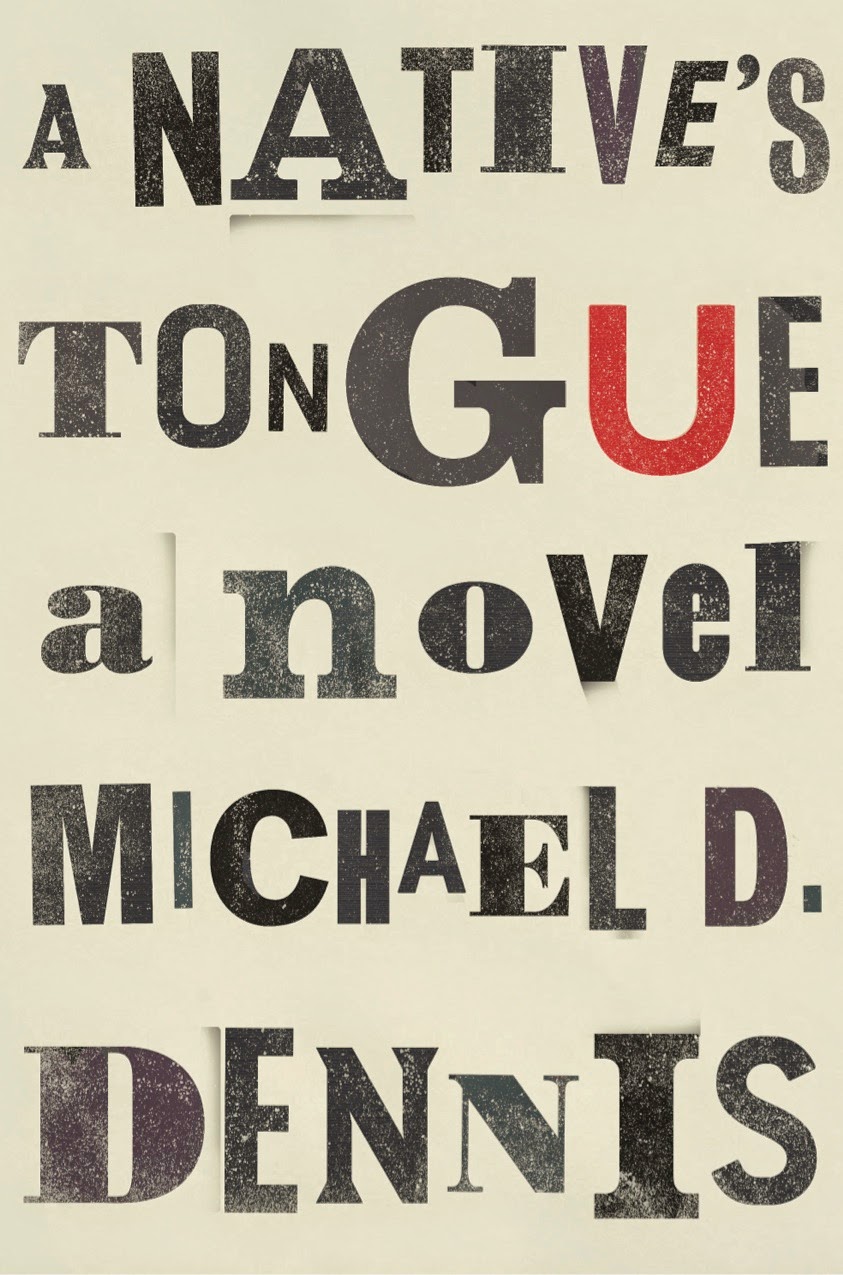 “A Native’s Tongue is about a young man trying to find his way in the world. He struggles to keep the woman he loves while entangled in the sex, drugs, and tragedy of Los Angeles. It was inspired by real events,” says Dennis.
Love and tragedy collide in Dennis’s poignant new novel, A Native’s Tongue.
Charlie Winters has never been an overachiever. He is used to just getting by while living with his single mother and working a dead-end job at a cheesesteak stand. Meanwhile, he’s constantly grappling with the voice of his sister, who died in a tragic car accident years earlier, echoing in his head.
So when Violet, an older woman, sets her sights on Charlie and refuses to let go, he follows along. He soon finds himself immersed in a destructive relationship that still fails to fill the void within him.
But then he meets Jennifer, a mystical young woman whose energy and life convinces Charlie to pursue her, even through the darkest corners of Los Angeles, and sets their lives upon a path that can’t be stopped.
Escaping to the California coast, Charlie and Jennifer finally find what they’ve always needed. But a sudden illness quickly pulls them both back to LA. It is there, amid the sex, drugs, and split-second decisions that pulse through the city, that tragedy strikes—threatening to tear Charlie and Jennifer apart forever.
A Native’s Tongue is available for sale on Amazon in ebook and paperback.
About the Author: 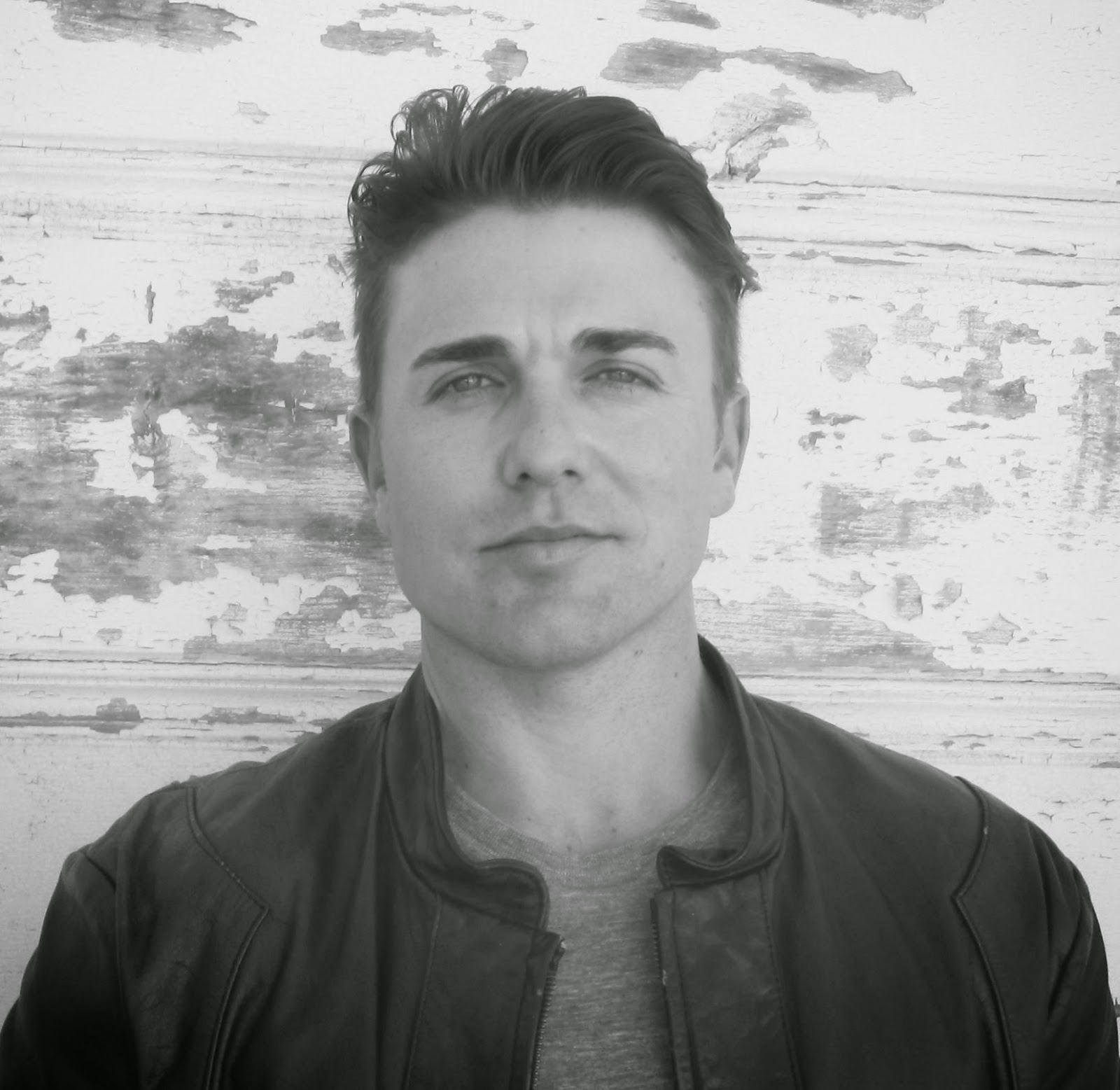 Michael D. Dennis is an author and playwright who earned a degree in English literature from Loyola Marymount University. Winner of a LMU Playwriting Award for his play Death of a Watchdog, Michael also had his play, Hen in the Field, produced at the Whitefire Theatre in 2012. His highly anticipated debut novel, A Native’s Tongue, will be released in June 2014. Michael currently lives in Santa Monica, California with his girlfriend and two dogs, Jack and Aurora. To learn more, go to http://www.michaelddennis.com/ or connect with Michael on Facebook (https://www.facebook.com/michaeldaviddennis) and Twitter (https://twitter.com/MichaelDDennis).
Goodreads: https://www.goodreads.com/book/show/22366414-a-native-s-tongue
UP NEXT: My review of A Native's Tongue
﻿
Posted by Sandra's Book Reviews at 9:40 AM