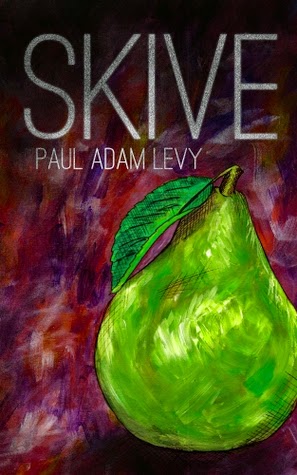 Why? Why do I go to a job I hate? Why am I with this person every waking minute? Why do I even get up in the morning? Why, why, why? Insanity or stupidity?


This is the story of a man going about his repetitive, daily routines with bitter doubt and sarcasm.  “I needed to knock myself down to a self-hating drone with all the fight chiselled away. I needed this job to work its black magic on me before I could stomach a morning of hard manual labour.” (6) Don’t we all?


“I was on my feet, torn between throwing a chair through the window and smashing my skull open on the wall.” Plagued by gut-wrenching decisions, the main character (often called either “Al” or “Alex” – for some reason we don’t know his real name) trudges through life questioning every ounce of his existence.


“[Simon] saw the light and powered toward it without a moment’s thought about consequences. Doubts silenced by dreams. Routine shattered by opportunity. I hated Simon. I hoped he would fail. I hoped his relationship with that girl I never met would crumble and he’d be stranded in a shanty town somewhere in Asia, begging for food in a language he didn’t know. I imagined him getting hacked to death with a machete after he was caught stealing a handful of rice from a market stall.” (19)


“There’s no goal. There’s no satisfaction. Some people have an eternity of bliss after death, some have a four star cruise around the Caribbean after retirement and some have a bottle of rum after a shift. No one cares. It doesn’t matter. The people who you sit next to on the bus, the ones that pass you on the street, they don’t care if you work forty-five hours a week on minimum wage or have yacht filled with porn stars and champagne. It makes no difference to them. As long as whatever you do doesn’t leak into their world. You could reduce your carbon footprint to zero or kick stray dogs to death, they will never know and they’ll never want to. You could die right in front of them and you’d just be a small blip in a life of theirs that was filled with moments of personal woe and happiness. Your collapsing corpse would be merely an anecdote at the next social event or an affirming showcase of how fragile and short life is. Maybe your dead, limp body would inspire them to redecorate the bathroom or maybe to take a trip around Asia with a girl who did yoga and hated the same things as you. They would never say you lived an honourable life, they would never say you deserved to die, you’d always just be how they saw you last, for better or worse.” (19)


“The more I thought about everything I left behind, the more I knew I could never face it again. The 5am starts, the buses, the endlessness of filling skip after skip, shelf after shelf. And the people, the God damn people. They want things. They want to know where this is, where that is, they want to speak to your superior. They shove disabled kids in your face and shout rape at the top of their lungs. They won’t be happy until you’re dead so they can burn your corpse in a cardboard box and scatter your ashes over landfill. But I didn’t have to go anywhere. I could just sit here, forever.” (35)


The definition of “skive” is the instance of avoiding work or duty—something we ALL dream of doing, but, for some reason, don’t. And whether from boldness, exhaustion, or frustration, this guy says “F-#@ work!” and chucks it all away. Very admirable!


He says what we’re all thinking, and he speaks the truth. Some of the British slang and little typos were a little hard to comprehend at times. And, at times, the language can be slightly crude. The plot slowed down a bit when the guy joined the crazy hobo saying “F-#@ this” and “F-#@ that” so often that it grew tiring. But, of course, it all beckons you back as our hero schleps through the London streets with cynical views for a cold and gruesome world.


Gritty and poignant, this is a tale so colorfully illustrated with diverse characters and hopeless luck that reinforces the age-old mantra: “The world was unfair.” (13)


Brilliantly candid and down-to-earth with a splash of humor! You can’t help but relate to it every step of the way.