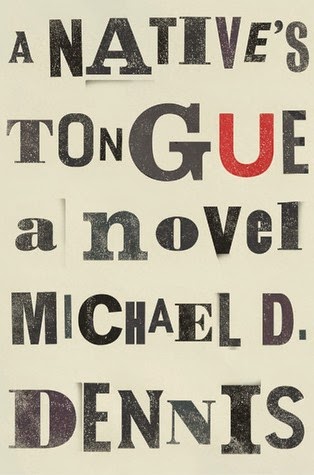 In Michael D. Dennis’s touching new novel, A Native’s Tongue, a young man, torn between two women, struggles to find his way in the world.

Charlie Winters has never been an overachiever. He is used to just getting by while living with his single mother and working a dead-end job at a cheesesteak stand. Meanwhile, he’s constantly grappling with the voice of his sister, who died in a tragic car accident years earlier, echoing in his head.

So when Violet, an older woman, sets her sights on Charlie and refuses to let go, he follows along. He soon finds himself immersed in a destructive relationship that still fails to fill the void within him.

But then he meets Jennifer, a mystical young woman whose energy and life convinces Charlie to pursue her, even through the darkest corners of Los Angeles, and sets their lives upon a path that can’t be stopped.


My thoughts: “Did the endless portrayals of love and romance in novels really exist?” (6)


Each chapter relays the POV of each character. It was odd that some were written in the 1st person and others were in the 3rd person. The chapters with Charlie were in 1st person Pre-Violet/Jennifer; and the chapters with Violet and Jennifer were in 3rd person Post-Charlie. Sometimes the POV would switch within the same chapter, but it wasn’t at all confusing. The enticing part was the mystery in the Post-Charlie segments that begs to answer the question: What happened to Charlie and how did Violet end up in prison?


The whole story mainly revolves around Charlie and his battle with loneliness, depression, and substance abuse. He was never able to deal with the loss of his sister. “After her death, time disintegrated. Each second pulsed through my body in passing immobility: my lungs ceased to expand and I curled like a contortionist in the circus of my own dreadful reality. I was a captive to this pain and the memory. All I wanted was for death to inject me with a taste of its poison.” (42)


The author takes the reader on a wild ride through L.A.’s seedy underside paved with deception and debauchery. “For some reason, few people even believed dying was possible in this city. The fountain of youth flowed so freely that no one ever talked about lying down in the earth forever…In my opinion, there were those of us who feared death, those who had experienced it and still feared it, and those, like me, who welcomed its presence.” (59)


Charlie was trapped in the hard clutches of Violet when he meets the fragile, innocent beauty, Jennifer. It was sad how he got dragged away without knowing her name. This scene was tragic and lovely—almost Shakespearean.


Poor Charlie couldn’t stand Violet, a manipulative, cold woman. “How does someone own a human being? How was it possible to capture a human spirit? My body had separated and my spirit had gone somewhere, wandered off into a distant space, like a specter or wraith. I was owned. My body belonged to someone. She had taken what was, innately, the only real property I had.” (77)


Charlie is a lost, sensitive soul. He may seem like any other young, arrogant douche bag, but his heart resonated a soft empathy. Charlie’s love for Jennifer was enigmatic; it was definitely a love taken from the pages of the Dark Romanticism era—everlasting and naïve.


The ending, of course, left me with puzzled unfulfillment. I didn’t understand the reasoning behind it or what exactly happened. On top of that, I didn’t get the meaning of the title: A Native’s Tongue. That was a head-scratcher.


Captivating and well-written! Sprinkled with dark humor, the story contained a mixture of emphatic beauty and brutal sensitivity.