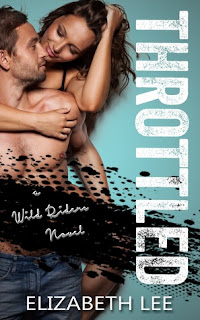 Nora and Reid were former lovers as teenagers….until Reid decided to leave to pursue a career as a professional racer. Now he’s back in his old town and it’s like he’s never left.

Ever since Reid broke her heart, Nora’s held on to this anger and hasn’t been able to trust another man, even though she’s involved with someone. But not just anyone—it just so happens to be Reid’s old rival. Then Reid messes things up and confuses her with such intense feelings. It’s hard not to be attracted to someone when you clearly are. Nora clearly wants him, but can she trust him with her heart…again?

There’s no denying their unbelievable chemistry.

A wild ride of a love story!