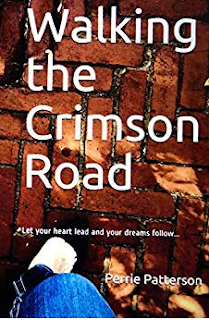 Ever felt like you worked hard for something while everyone else was out having fun?

Nineteen-year-old college sophomore, Rebecca Brant has deemed this the year of the "yes," and tosses her old straight-A, straight-laces ways and inhibitions to the curb. She worked hard for a full scholarship, rushed a sorority and made the dance team her freshman year. Now, she's moving into her sorority with her bestie Bella and feels the year will be stellar.

On the first day, she trips over a gorgeous guy in class named Lane and can't get him out of her mind. After being set up for the first season social with Grant, a hot swim team member, Bex is torn and struggles to choose between these two incredible guys. Should she go with sexy, sweet and uncomplicated or gorgeous, sophisticated and mysterious?

Things get harder when she lies to her parents about her whereabouts over spring break and takes off with the boy she's in love with. While there she stumbles upon a secret he's kept from her which rocks her world. Will she be able to trust him again? Was he really her first true love? Will she come clean and tell her parents the truth?

During Bex's journey she finds love, discovers a lot about herself, and realizes the importance of honesty, trust and the value of family and friends.

My review: Rebecca (A.K.A. “Bex”) was a college sophomore with dreams of one day becoming a journalist. With officially being in a sorority, this was going to be a “stellar” year—the year of the “yes.”

Rachel was the “it” girl package without the sass and drama—the “girl next door” type.

Story was easy to read with a simple flow. At first, the story seemed mundane with its cheery banalities, but it held promise. It basically relayed the typical college sorority life with academics, friends, and social outings. The pace was leisurely, not quite progressive. It’s mostly Bex hanging and talking with her friends. For it being a “yes” year, not much happens or maybe it just doesn’t happen fast enough.

The cover was quite generic. It was just that—a crimson road from top to bottom. And that’s fine as that was the title, but there just wasn’t much more to it than that. I think it would’ve benefited with a nicer design—something that illustrated what this story was about.

Ultimately, it’s the story of a bright, young girl’s collegiate experience with love, friendships, and her future. I like how simple and upbeat Bex was, and the diary format allowed us to see what she was feeling.


Bella and I are both from the South and are used to the late August heat. It’s easy to spot kids who aren’t southerners by what they wear those first few weeks of school. We point out a few as we’re walking and laugh about their probably being from Michigan or Washington State or somewhere. I love our game of where’s that look from. We made it up last year when we spent so much time together during recruitment week.


Bella’s from Louisiana, near New Orleans, a city called Covington. I remember she said it was the same town where that hot actor from The Vampire Diaries is from.


I look over at Bella. “I’m going to Palmer, for math, but I’ve got almost twenty minutes before it starts.”


“I have two more classes near Bidgood after my marketing class ends. Maybe I’ll see you before I go to band practice,” she says as she turns to dart up the stairs into Bidgood Hall.


“Don’t forget we’re going dress shopping after class tomorrow with Lexi, and Cat,” she shouts back at me before disappearing into the building.


“Okay, bye!” I yell back and continue on my way to the other side of campus. Even though the late August sun is beating down, it’s a beautiful day that shows off the ancient oak trees, thick green grass of the quad, and ivy growing up the sides of the stately brick architecture. As I make my way near Ferguson Plaza, I can see people walking in and out of the center fountains that spray up from the pavement. It would be nice to walk through them, but I don’t want to be late, so I make a right turn and head for the math building.


Math is as dull as can be, and no one smells remotely amazing. Afterward I go back to Phi Mu to gather my things for dance team practice and maybe squeeze in a nap. The room is empty and quiet when I walk in, perfect for a catnap. As I start to snuggle down, my phone dings a text. I look to see who it is— just Mom checking on my first day. I quickly text back, Great, but gotta go to practice. I set a thirty-minute alarm for my nap and drift off to sleep. When my alarm buzzes me awake, I shake off the grogginess. I grab an energy drink from the fridge, throw my bag over my shoulder, and open the door as Bella barrels in.


“Cool. I think pretty close to perfect. How about you?”


“Same. Can’t complain. Anything new?” she asks, opening the closet to get out her trumpet for band practice.


“Yeah, I have to tell you about this guy I met in my creative writing class, but I’m going to be late for dance if I don’t hurry.”


“Sure. See ya, Bex. Have a great one. We’ll catch up on all the details tonight.”


“Definitely.” I scoot out the door. Thinking about new guy from my journalism class, makes me smile and creates a lightness to my step. I bounce onto the sidewalk and decide to vlog about my day as I make my way over to dance team practice. I’ll title this vlog “What to do when you trip over a hot guy in class.”