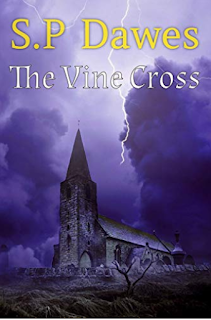 Hayley is a girl with her whole life ahead of her, after running away she decides to start living her life, but going to a house party, brings about more problems than she ever envisioned. Taking the help offered she gets out, only to fall for a guy who could be the catalyst to her down fall. Slowly as their relationship blossoms, the world around her darkens, bringing with it fears from her past, but can she keep her secrets or must her relationship come first and which one presents the most danger, when Jesse finally starts piecing things together though, it is her that must go back, to protect the people she loves, but can Jesse protect her, and at what cost?


My review: Hayley really wanted to be a chef, so she gets a job in a restaurant.


The whole thing had a slow start with the interview and branching out into the odds-and-ends of the new job. It was pretty mundane. The writing was okay, but the story was fairly ambiguous. The characters didn’t really reveal much about what was going on, which I guess supported the whole “mystery” theme.

In the interim, Haley was trying to hide from “him.” Who’s “him?” There also seems to be a hunt for a killer or a kidnapper, which resurfaces that air of mystery to the story. Unfortunately, there was such lag that it was hard to be captivated by it. Isn’t something supposed to happen?

There were just a few too many holes in the story for it to make any sense. Overall, this wasn’t what I expected and I couldn’t get into it.

My rating: 2 stars
Posted by Sandra's Book Reviews at 8:25 AM