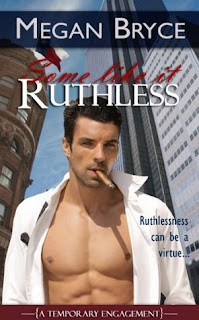 I think I read the first book to this series, but I can’t remember. The characters surely seem familiar.


Anyway, Cole and Maggie are the Romeo and Juliette of Wallstreet. He needs a fake fiancé to save his empire and she gladly refuses.


Now, 6 yrs. Later, she is on the verge of bankruptcy and needs a fake fiancé. The roles are reversed. Mmm, interesting.


Story is ultimately about loans and finances—all business with a kinky lust on the side. Kinda dull. And it’s another fake fiancé story. Really? Again?