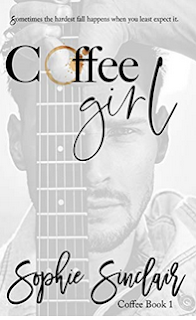 Mackenzie “Kiki” Forbes finds herself in a pickle.
Either become her snarky sister’s nanny, or move halfway across the country to work as assistant-to-the-stylist of a country music star. Neither job sounds ideal, although bedazzling cowboy boots may be a hell of a lot more interesting than ironing her brother-in-law’s underwear. But life on the road as the errand coffee girl for a sold-out tour leaves much to be desired. That is, until Kiki meets her sinfully sexy new boss’s boss…

Tatum Reed’s career is flying high. He’s up for country music’s Entertainer of the Year and he’s headed out on a nationwide sold-out tour. So why does he feel like it’s all about to implode? His superstar ex-girlfriend seems determined to make his life difficult, his opening act is a handful, and the new girl on his tour, the feisty brunette, is quickly getting under his skin. In this crazy world of showbusiness Tatum needs to learn who he can trust, but that doesn’t come easily, because the one person who holds all the cards may just throw them down and walk away.
Life in the public eye is never all it’s cracked up to be, which has both Kiki and Tatum questioning what they’re really doing with their careers, and their hearts. 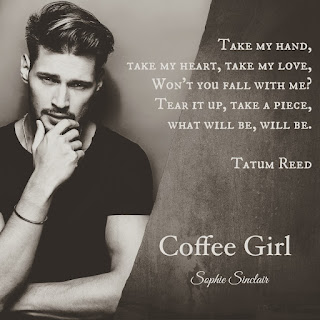 My review: Kiki was tired of bad dates. In fact, the last one ditched her in the rain after a bad make-out session. The next day, she gets fired from her job. Could she be any more of a failure? Hungover, single, and unemployed.


Tatum was the hottest country music star amidst a bad break-up with his leading duet star. In a last-ditch effort to avoid a nanny position for her haughty sister, Kiki takes a fashion assistant job going on tour with the country singing sensation. This was the clean break she was hoping for. Turns out that she ended up being the coffee girl that ran everybody’s errands. God, the job sucked!


Coffee Girl had a crush on Hot Country Star.


The embarrassing faux paus Kiki experiences with Tatum were funny, especially the misguided texts filled with dirty lingo. The two connect over favorite songs and how their moods matched certain ones. But how can Kiki like a guy like Tatum? He was so full of himself and screwed anything that moves.


With screaming fans, a diva ex, and raging paparazzi surrounding them, can they look beyond the star-studded spotlight?


Story had a refreshing wit that eases the reader with fun enjoyment. I like the cover design, too! The tour life was mildly interesting and a busy drag a lot of the time, but Kiki and Tatum certainly shared a duet chemistry.