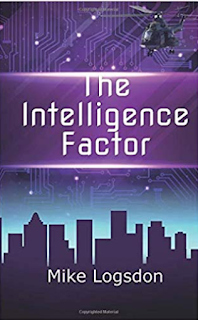 They moseyed on down to the Ferris wheel. Steve and Grace sat in one seat, with Joey in the one right behind. After it started moving, Joey blanched, his face contorted in an expression of regret. As they reached the top of the world, Steve could almost touch it – the sky, the beach, the lake that rippled in the nascent moonlight. Steve and Grace reveled in it all, while Joey periodically closed his eyes. He peered vacantly into space, refusing to look down, during those moments when his eyes weren’t closed.
Ten seconds into the ride, Steve said, “I never asked this before, so I guess I should ask it now. Whatever happened to Danny Walker’s parents?”
She threw him a surprised look.
“You didn’t know? They were sent to the cutter-uppers.”
“You mean … they were given lobotomies?”
She nodded briskly, as if for her to say the word “lobotomies” would somehow be dirty. He then noticed something a good hundred feet away drop down like a yo-yo from the sky. It was a helicopter, and for some reason it seemed suspiciously close. And then it stopped. Steve pointed at it.
“Look, Grace.”
She looked up ahead.
“What?”
“Don’t see you it? That helicopter.”
“Oh Steve,” she giggled.
A brilliant FLASH came from the chopper – perhaps some airborne voyeur taking a picture of them? Then another FLASH …
“You don’t see it?”
“Oh yeah, now I do.”
“If we ignore it, maybe it’ll just go away.”
“I wonder what a helicopter is doing here,” she reflected.
“Beats me. I’ve never seen one hover down so close.”
“Suppose, Steve, it was sent from Heaven.”
“But it wasn’t.”
“How do you know? I know, it’s crazy. But, who knows – maybe it’s … an angel.”
Should Steve humor her?
“Interesting,” he muttered.
“Doesn’t this feel neat? We’re going up into the sky. And then down again.”
“Yep.”
“When we go up, do you suppose that’s what death might feel like?”
“Why do you ask me that – about death, of all things?”
“I don’t know. Just wondering, I guess.”
She flipped a glance back at Joey. “Look, his eyes are closed.”
“And I think we know why.”
A few more flashes came from the helicopter before it took a jolt upward. It was gone. Just like that.
“Do you believe in angels?” she asked inquisitively.
“Um –”
“Of course, I won’t ask you if you believe in God. Everyone believes in Him.”
“Except atheists.” “They don’t count. You know what Mrs. Jorgenson says about atheists? She says they were put here on purpose, that God wants them here so He can show everyone that they can be converted.”
“Can they all be converted?”
“The ones who can’t be – well, you know where they’re going.”
“No –”
“To Hell, that’s where. Steve, do you dream much?”
“Yeah, we all dream.”
“Last night I had a weird dream.”
“Oh?”
“Yeah. I dreamt that some angels came and took me and my friends away. We went to join Him in Heaven. I looked for you and Joey, but you weren’t there.”
“Oh? Where were we?”
“I don’t know.” She sounded on the verge of crying. “I really, really don’t know.”
“It was just a dream.”
He peered up at Joey, who still looked as if death were near. He returned his eyes to the darkness ahead – a canopy of a million mysteries, uncertainties, a void so incalculably deep that it opened the door to eternity.
He wrapped his arm around her. “Hey, don’t worry. We’re right here. The three of us. But then –” He flipped another look at Joey. “I think one of us isn’t having a particularly fun time.”
Joey didn’t respond. The ride ended before they knew it. Once on ground, they got off and sauntered away into the crowd.

Available on Amazon
Posted by Sandra's Book Reviews at 10:28 AM