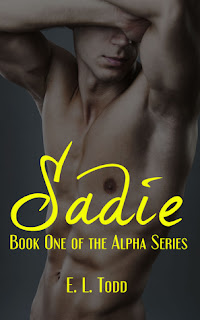 Sadie was never good at dressing sexy and going bar hopping, and she certainly never expected to capture the attention of the sexiest guy ever. No matter how gorgeous and charming he was, she still stood rooted in her stance—that she was not having sex with him tonight. You go, girl!


But Ethan would not be deterred. Did he genuinely want to get to know her? But he wouldn’t give up easily, no matter how much Sadie was fighting him. He was the stubborn, powerful alpha male. He was going to be inside her one way or another. Wow. He wants more? That’s why he refused to sleep with her when she offered the first time.


He really tries to romance her with basic talk and hand holding. He’s definitely possessive and controlling, which I did not like. Ethan seemed too good to be true that it made me suspicious and wary of him, especially with his sudden outbursts that came out of nowhere. Was he a nut? He was a gentlemen one minute and psychotic the next. That’s a bad combo, man. Story was ok—hot and sweet—but I didn’t really like the characters. They were both total nut jobs (Ethan with his mood swings and Sadie acting all caliente.) Story had too many typos and constantly shifted from 1st to 3rd person narrative.