Review: PAST THIS POINT by Nicole Mabry 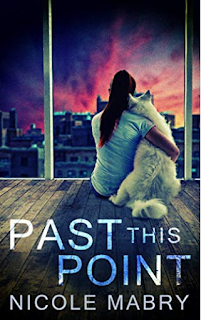 News reports of the flu virus outbreak all over the media prompted a hypochondriac like Charlotte to practically barricade herself and bathe in sanitizer. Every sneeze was just terrifying to her. Anxious, she felt trapped. The flu was everywhere, and the death count was rising.

Alone—that’s what she was. No way in. No way out. Charlotte had no choice to live in self-imposed exile, while the city broke out in pandemonium.

Story was well-written overall with a steady stream pace. The reader follows the story of a woman’s panic and fear treading through a massive epidemic. The bulk of the story centers on her locked inside the apartment as news of the ruckus outside plays on the TV. It’s almost like the movie Cast Away (well, she practically is a cast away.) But I guess through family, neighbors, and acquaintances, she was able to make the best of it.

My rating: 3 stars
Posted by Sandra's Book Reviews at 9:44 AM