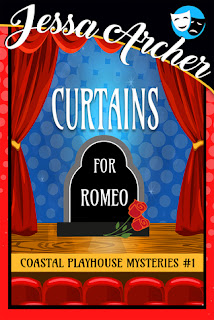 Who would like pretending to be a tree? Hopefully the new theater professor (Antigone) wouldn’t put her students through that. A former actress on the show, Private Eye High (Charlie’s Angels meets Nancy Drew,) Antigone hoped that she could teach a thing or two to the future thespians of the world. The last thing she expected to do was a solve a real murder.


Story is kinda slow as we delve into the crazy world of theatrics and lame playhouse sets. I thought it would be better, but, instead, it was long and boring.