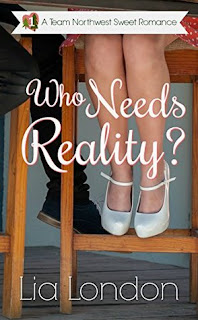 Milo has had a crush on Jill. The two have always been friends, but their timing was always wrong. Still, the two remain tight, even as far as taking an acting class and watching a lame soap opera together.


A new reality show called Who wants to be a Soap Star? calls out for auditions and Jill wants in. And guess who she wants by her side?


This story takes the reader behind the scenes of reality TV, which can lag a bit. I mean, we’re dealing with casting calls, getting into character, the audition, the taping, etc.) Not so interesting for me, but I adore the two characters though.


A sweet romance of the actress and the geek.