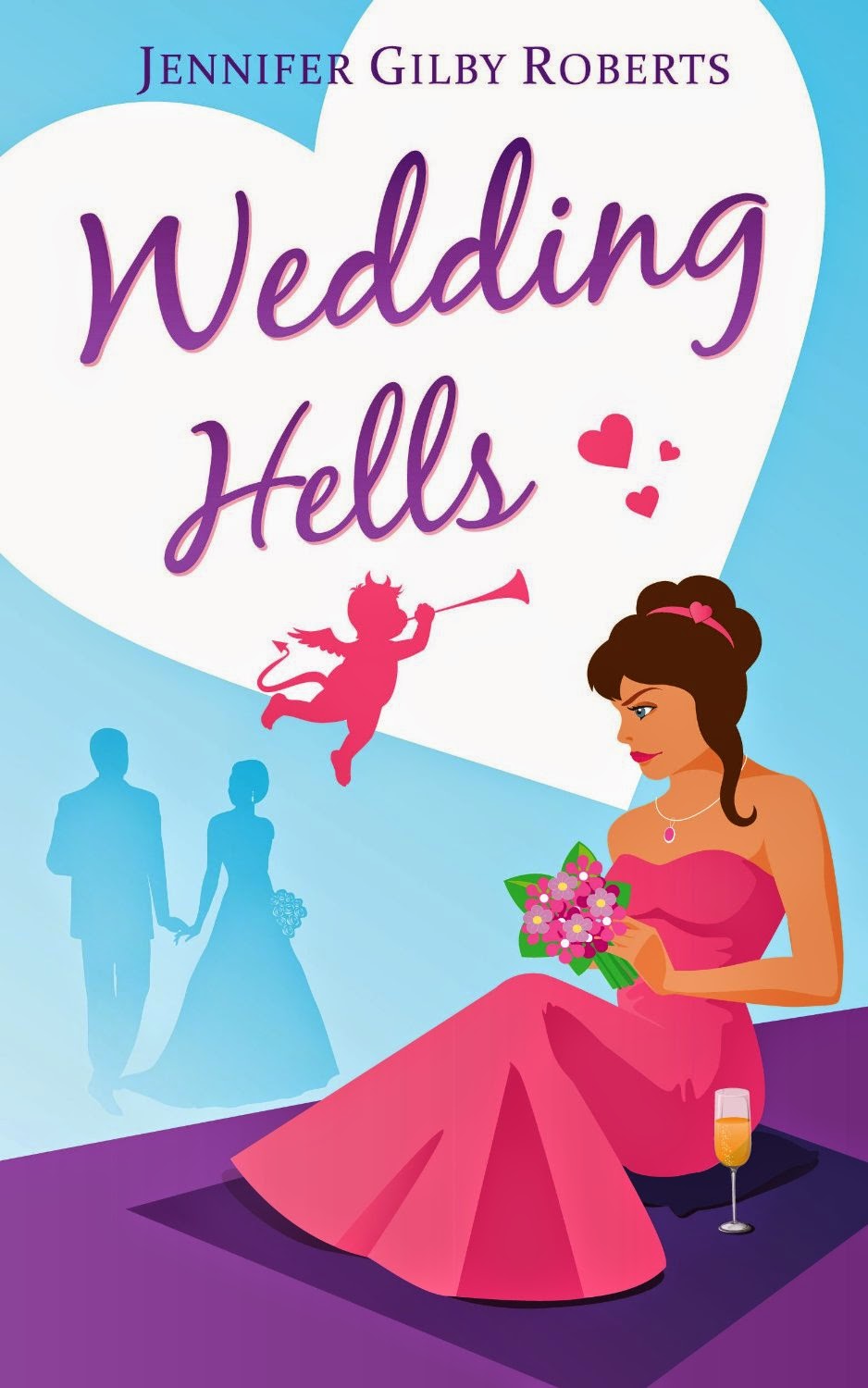 Mel Parker’s perfect little sister is getting married and she’d rather cut her own arm off than attend. Her relatives are guaranteed to give her hell about not going first, her dress is unbearable and her beloved best friend Will isn't even invited.

But her boyfriend is there. And there’ll be cake. So maybe it won’t be as bad as she thinks.

Wedding Hells can be read as a stand-alone short story, but is also a prequel to the romantic comedy novel The Dr Pepper Prophecies by the same author.

My thoughts: The character describes the hell and torture of being a bridesmaid. Just going to the wedding is bad enough. Gaudy dress, bad food, pointless conversations with relatives you can’t stand. Of course, the cherry on top was getting dumped after the photos. Great. Snarky and witty, this is a funny, little story that will perk up any dull coffee break.