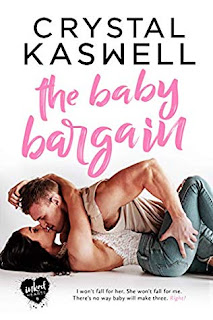 “I’m sorry, Ariel” were the last words she expected to hear. Then he has the gall to tell her, “It’s not you.”


“That's ridiculous. I'm the one with the ticking clock. With the ultimatum. With the expiration date that changes everything.” (2) Ariel doesn’t have much time and she was getting desperate.


Four months. That’s all she has to find a guy to knock her up.


Chase, a friend of her brothers, has also been recently dumped. If only he can just finagle some meaningless sex to get over it.


Solution: a sex arrangement so that they both get what they need.


Story was pretty good, but it was written in chopped sentences (a lot of fragments,) which were good to convey exaggeration and drama, but it could also be a nuisance after a while.