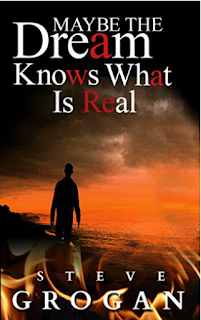 “No matter how real someone’s love might feel, I had to remember it wasn’t; I would have to train my eyes to see through this illusion.” (5)

A young boy that was different. “Time spent reading was time not spent exercising. As a result of this, I gained weight, which was just one more piece of lumber for my peers to throw on the fire so they could fuel their contempt for me.” (8) He was a loner…and, thus, his fixation with horror began.

Writing was pretty good. At first, this seems like a typical coming-of-age story of an isolated boy trying to come out of his shell and see the world around him. As he began his entanglements with the opposite sex, a jealous rage began to take root. Reading this felt like watching an episode of The Wonder Years, except there was a lot more sexual exploration and explicit scenes. His only purpose in life was to fulfill a dream of being wanted by another human being, but, unfortunately, it didn’t usually work out for him. Soon, he realized that love was nothing but a lie…and the rage got stronger.

There was definitely a vulnerable darkness to this story. It definitely shows what happens when a person snaps. How was this real? Was this a dream? Maybe only the dream knows what’s real. I didn’t quite get this statement. I understood as a psychological trauma, of being lost between fantasy (what you want to see in your mind) and reality (what actually is there.) I kind of think this is something that Hitchcock would say. It was a mad man’s fantasy.