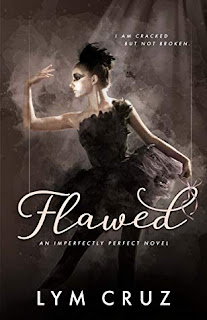 I am cracked, but not broken.

Andrew couldn't believe his eyes, but he was sure he had found her. It was her.

Her name was Melissa. "The man in my dreams was not fictional, he existed and I had touched him." (12)

Story is told in the POV of Andrew and Melissa―two perfectly flawed characters. Each have their own drama and issues. Although the writing was good, I wasn't that captivated by the story, which was very informative. In fact, it might've been a little too informative as I became overwhelmed by the various names and characters. Perhaps that's one of the main reasons I wasn't too taken by the story. I was mostly trying to figure out what the heck was going with Andrew and Melissa, because, as mentioned, the whole thing is very cryptic. Did he break her leg? Or did they have a one-night stand? What happened here?

I just wasn't keen on this book.

My rating: 2 stars
Posted by Sandra's Book Reviews at 8:20 AM