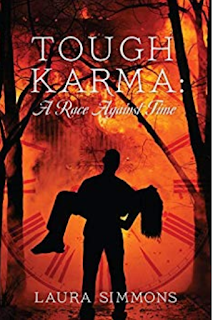 Falling in love and living in its blissful bubble helped her cope with her loss. She still had sad days, yet they were calmed by knowing he was there, and she could count on his loving arms to pull her through. She had a new reason for living, and he had the love of his life. Like most new couples in the first stage of romantic love, they couldn’t keep their hands off of each other and made love at every opportunity. They couldn’t imagine being any closer.


She still had sleepwalking issues. It happened every two or three days with or without sleep meds. She relied less on sleeping pills and was able to stay asleep without chemical assistance more often. She credited this to her loving relationship with him and feeling better about life in general. Sleeping close to him every night was comforting.


Her drawings during this time became increasingly curious, and she was using colored pencils. Every sleepwalking episode produced a new scene of Mike torturing her. The dead couple was now in color. The woman had long, dark hair and was wearing a yellow dress, and the man’s hair was a lighter brown. Their clothes looked like something from the 1800s. The pictures of Mike hurting her bothered Bryce the most, and he was unsettled by the pictures of the couple before they died. She drew a picture of them on a black horse. The horse was spooked and its front legs were high in the air. The couple was drawn with looks of terror on their faces as they were being thrown to the ground. It was disturbing because he had a fear of horseback riding, and so did she. He began to wonder if her drawings were from a past life. He was traveling astrally again, although it never coincided with her sleepwalking episodes and he hadn’t tried to investigate Mike’s past yet.


“This is so strange. I keep drawing these terrifying scenes when I sleepwalk. Why? I don’t understand it,” she lamented the morning after drawing the couple as they were being thrown from the horse.


“I’ve been thinking about it, and you might be channeling a past life. Both of us have a fear of riding horses. We were the only ones who never went horseback riding at the family reunions. We found other things to do while the rest of them went ahead. And what’s even more troubling are the pictures of Mike torturing you. With that in mind, I’ve decided to distance myself from him even though he’s always been the mild-mannered, quiet type,” he replied.


She was surprised at his past life suggestion, “That would explain our fear of horses. Why now? Why have I never done this before?”


“Maybe the trauma of Belle’s death opened a door somewhere in your psyche.”


“I want it to stop! Remember what Luke said about Mike acting weird? What if he’s gone over the edge?” she asked.


“Exactly. I don’t want to believe he’s dangerous. We’ve been friends for years, and he’s always been a nice guy. However, I don’t want to take any chances. He doesn’t elaborate on what he’s been up to in the last fifteen years, and I don’t like the heavy, depressing feelings that linger after seeing these drawings,” he replied.


“Me either. I call it the ‘black heaviness’. Can you try to do an astral investigation tonight?”


“I’ll make an attempt. I’ve never done it before,” he said reaching across the kitchen table, taking her hand. “In spite of your upsetting, nocturnal artistry, you seem much happier since we became a couple. That makes me happy.”


She smiled and said, “It’s all because of you. I love you so much. It feels like we’re on a honeymoon.”


“I love you too. It does feel like a honeymoon. Let’s plan to take a real vacation in the spring. Think about where you want to go. I’m game for anything,” he remarked.


“That would be great. I think we both need it,” she replied.


Later that night as he drifted off to sleep and slipped out of his physical body, he visited Mike’s house and was shocked at what he discovered. Mike lived in his deceased aunt’s townhouse in Falls Church. It was a modest, two-story home with a walk-out basement leading to a small, backyard patio with a privacy fence. Bryce had been to his house a few times since he came back to Virginia and he kept it neat and clean. When he visited, they usually sat in the main floor living room drinking beer and watching sports. He checked the rest of the main living area and the upstairs bedrooms and Mike wasn’t home . . . I wonder where he is at 3:30 in the morning, maybe he’s getting lucky. He had never seen the basement and had a feeling he should look there.


The basement was sparsely furnished with a TV and beige-colored sofa. A long folding table was set-up against one of the walls. A large corkboard hung above the folding table and on it were pictures of Amber. There were pictures of her wedding to James, pictures of her with Belle, and most plentiful were the photos of her doing everyday things. They were neatly trimmed, anyone who had been with her in the photos was cut-out with the exception of Belle. Amber was the lone subject plastered all over the board. There were no photos of Mike’s family or friends, just her. He’d been stalking her for a long time.