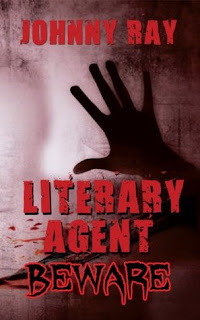 “Being a literary agent doesn’t make you God.” (8)


Amy is an aspiring writer struggling to find an agent, but coming up empty with all these rejection letters. Oh, how these letters hurt. She’s even gone so far as to send hate letters of her own. Of course, this is only when she gets into one of her mood swings as she suffers from bipolar disorder.


After sleeping with an agent she thought would help her, Amy was mad as hell and vowed vengeance against him.


I was initially drawn in right away from the relatability of pursuing a writing career and lust for revenge against the publishing tycoons. It started off good, but then it tapers down to a slow and lengthy monologue of sorts. OMG, it’s so freaking slow! It mostly goes on about Amy’s intent for revenge, her detailed plans, and how her mood swings shift from day to day. Isn’t somebody gonna get murdered soon?


I was surprised on how unfulfilling this was as well as the number of typos it had.