Review: GHOSTS OF DEMONS PAST by Matt Schiariti 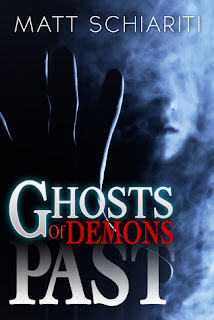 Seth is going through a divorce and his son is having trouble in school. He also has an unorthodox job: he’s a “cleaner” (he cleans out ghosts from places.) He’s your average, everyday ghost hunter. He’s crass, bitter, snarky, and tells it like it is. He brings paranormal equipment just for show, to appease his clients. The truth is: he sees dead people. Been that way since he was a kid, often being made fun of for talking to his “imaginary friends.”


So he’s an “expert” on ghosts. Could demon possession also be up his alley?


This had a nice concept, but it was slow and a bit daunting. Not quite as scintillating, but okay.