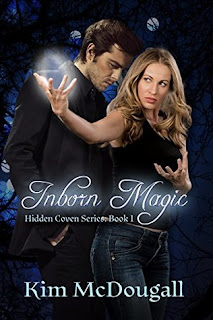 Bobbi was a young, amateur witch. She practices and practices, but doesn’t seem to be getting any better. During a spell, something goes wrong and she loses a great deal of magic. It was a stranger that had to “unlock” her. In an effort to ditch her saviors, Bobbi somehow lands in some kind of time portal. I’m not really sure what happened here, but she seems lost and disoriented.

This sounded like an interesting story about witches and secret covens, but I sort of found it hard to follow. Like Bobbi, I felt lost. Story was insightful and well-versed for the most part, but some of the language was a little odd. I guess I just didn’t get into this witchy tale as much I’d wanted to.

My rating: 2 stars
Posted by Sandra's Book Reviews at 7:46 AM