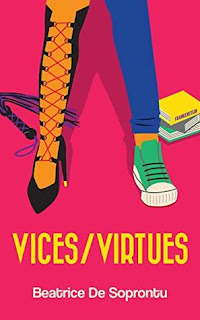 “The Doughnut Guy was my Stepfather!”


Over the years, my mother divided her social calendar into three parts: church events, school activities, and doctor visits. She had become a connoisseur of waiting rooms, noting which ones ranked better on the qualities of cleanliness, staff performance, and amenities such as good pens that could be useful when tucked into her purse and brought home. Once I became a teenager, the allure of free pens and magazines faded. I began to pass on the opportunities to escort her during medical outings. I would have liked to pass on some of the church events as well, but these were categorized as being mandatory.

Still, when I was sixteen years old and Alex had gone off to college, I felt it was my responsibility to take care of Griselda. So, once again, I began accompanying her to medical offices. One of these times, my mother had an appointment with a new doctor. She often had a new doctor since inevitably, the old one could never cure her of the incurable fibromyalgia. Eyeing the many new patient forms she was filling out, I saw that she had written her age, ethnicity, two pregnancies, and had checked "Divorced." It all seemed in order. Confident that Mom didn’t need my help, I continued to read a magazine. She went to hand in the forms, and I got up as well, not to help her, since she was perfectly capable of handing in some forms, but just to change the magazine. I heard the receptionist look over the papers, muttering “Good,” “Ok,” and then the receptionist asked, “And the divorce, was this recent?”

I was standing a few feet away from my mother, but she didn’t notice I had just dropped the magazine in my hand. I was sixteen years old. Ten years before, I had been six years old. I remembered six. I remembered six very well. There had been no sign of Alfredo at six! My mother went back to her seat. I looked around the waiting room. There was a very old lady, with a man who could have been her son, sitting at the far end of the room. There was also a couple, middle-aged, seated a bit closer to us. There was the receptionist behind the desk and the medical assistants who kept walking back and forth between the waiting room and the exam rooms. Perhaps if I spoke quietly enough, the others wouldn’t hear me.

My mother looked startled, no doubt due to the fact that I was speaking Spanish. It was a skill she never encouraged. With fair skin that burned in the sun, I looked like a white girl, far fairer than either Alex or Mom, and this suited her fine.

“Cristela, for sure the lady at the desk understands Spanish. Por favor no hablas.”

Since I had turned fifteen years old, my mother had switched from saying “Cállate” to “No hablas.” The words were more civilized but the meaning was still the same.

Shortly afterward, she was called in to see the doctor. For an agonizingly long time, the doctor examined her, as I stayed behind in the waiting room. I could have easily told him the problem — she has a lot of pain. It’s pain she always had, pain she’s gotten used to, pain she could probably no longer function without.

Once we left the doctor’s office, I confronted her. “What did you mean when you said that you divorced ten years ago?”

“Cristela, we are on the street. This is not the time or the place.”

“No, you’re wrong! This is the time and place!” This was the most forceful I had ever dared to be with my mother.

“It is nothing. It was a paper marriage. Do you remember Mr. Willis? He married me for a time so I could get my papers.”

The doughnut guy was my stepfather! It was such a nice thing, him bringing doughnuts, but now it seemed lame. What kind of stepfather does nothing but bring you some doughnuts once a month? But wait, why?

“Papers? What are you talking about? Puerto Ricans don’t need any papers.”

I thought about Venezuela. It’s in South America. It has oil and communism, and now my cousins, aunts, uncles, maybe even grandparents.

“I came to this country looking for a better life. That is when I met Alfredo. I thought we would get married, but it didn’t happen like that. For you and for Alex, I had to find another way.”

My mother looked genuinely concerned. It was rare to see her like this. She was usually too proud to show weakness. Even when Rubia died, I tried to hug her after we returned from the funeral, but Mom just brushed me off, wiped away her tears, and told me she had sewing to take care of.

“I was illegal, hija. We could have been deported. I couldn’t trust a child to keep such a secret.”

Admittedly, this made sense. I suppose if either Alex or I had blabbed, we would have been in trouble. When I was eleven years old, I had told Mom about the naked girl magazines Alex kept hidden in his drawer. After throwing them out, Griselda made Alex go to confession. I could see why she didn’t think I was the most reliable secret keeper.

“You and Daddy never married?” I asked, just realizing that if they had, she wouldn’t have been illegal.

“I told you. With Alfredo, it didn’t happen. But don’t embarrass me by telling this to your friends. Not even your brother knows.”

Just as Griselda instructed, I didn’t tell anyone, not even Alex. I couldn’t tell him because it would have been like tattling on Griselda. I knew her puritanical views on sex, and for her to admit she'd had not one but two children out of wedlock was tantamount to confessing a mortal sin. If she trusted me enough to confide this secret, it would have been betrayal to reveal it. Speaking no more about it to anyone, I considered how my family had just been negated. It was bad enough we lived on government handouts, but now we had been reclassified from “legal” to “illegal,” “legitimate” to “illegitimate” — an invalidation.


In high school, I discovered a certain knack for duplicity…

Book Available on Amazon
Posted by Sandra's Book Reviews at 8:02 AM