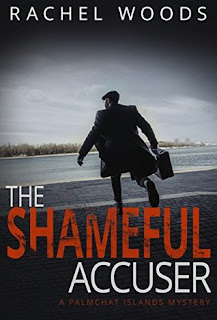 A night of passion. A gruesome murder. And the question remains: who could’ve wanted Harold Otty dead?


Leo and Vivian, a team of journalists, certainly questioned the mysterious tipster. If he wasn’t Harold Otty, then who was he? And what did it have to do with a money-laundering scheme?


The duo dives into the cold-blooded case, asking intelligent questions and digging deep into the inconsistencies. Was the murder a crime of passion? Or was it a means to keep the whistle-blower from exposing company secrets?


Quick and easy, the mystery was pretty captivating and well-informed. The possibilities were endless and it was easy to get lost in all these theories. I did think that there were too many characters, which opened up to even more fruitless possibilities, but, fortunately, it did not deter the focus from the case, which was deeply involved and multifaceted. I thought it was much too speculative at times, and, honestly, I was more interested in the murder than the money-laundering. It’s still a pretty good read though.


All in all, it was great investigative journalism and a hunt for the story of the century.