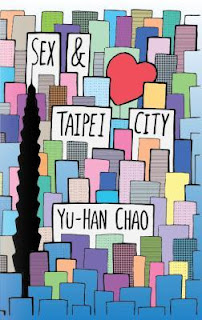 I guess I wasn’t all that surprised when my mother told me that Grandpa’s caretaker, the Indonesian maid, had run away. As horrified as we were that a girl willing to leave her country for the purpose of making money was not willing to take care of Grandpa in exchange for good wages and room and board, we also felt vindicated. It seemed to excuse us for all our complaints about Grandpa.
My Grandpa has been living with us for as long as I can remember, since Grandma died. I heard that when I was little and he wasn’t as senile, things weren’t so bad, but honestly, for as long as I recall, Grandpa has been something of a skeleton-in-the-closet for my family.
He’s like any other eighty-something-year-old grandfather, except he’s exceptionally demanding, even for a Taiwanese elder, and worst of all, he watches the Japanese porn channel at a high volume all day in his room. When I was in elementary school I asked my mother if I could bring some friends home, but she always suggested that we go to McDonald’s or the park instead, and even went as far as giving me three hundred NT just to make sure we would entertain ourselves outside the house.
“It’s not good to disturb your grandfather,” she said in a troubled tone.
“I don’t think Grandpa minds,” I said, thinking she was mean, but pocketing the money anyway.
Now, of course, the reason we couldn’t have my little girlfriends over was because my mother didn’t want my classmates to hear the weird noises coming out of Grandpa’s room. I didn’t know what they were at the time, and was actually more or less used to them. I’d accidentally seen him watching it a few times, just Japanese people being dramatic about taking baths together—they were often not dressed, so that’s how I understood it.
When I was in third grade, Grandpa tried to explain to me where babies came from. He brought me to his room, where he had the Japanese channel playing, and told me about the different parts on a boy and a girl and how they fit together when the boy is excited. My mother interrupted, knocking on the sliding Japanese doors.
“Lille, are you in there? Father, have you seen Lille?”
“I’m in here, Mom,” I called back. “Grandpa’s teaching me about sex.”
I said this, not quite understanding everything, though I had at least been able to learn the word “sex.” My mother rushed in, grabbed me by the arm, and pulled me with her all the way to the kitchen.
“Forget what your Grandpa said. He’s really old and sometimes old people say strange things,” she said, stuffing an orange into my hands.
I ate the orange and soon forgot about it, although whenever I passed Grandpa’s room and heard the wailing or moaning noises, I wondered if it had something to do with sex. When in fifth grade I finally learned in Health class how sex worked and understood exactly what Grandpa was watching hour after hour day to day, I asked my mom why nobody never at least requested that Grandpa lower the volume on the television, or just quit watching it.
“It’s too embarrassing,” she said. “Your father won’t have anything to do with it. Nobody wants to mention to him that we know what he’s watching. And we don’t know how he will respond. He may think we are making him lose face.”
“But he’s your father,” I said.
“You can complain to him if you want,” she said, flailing her arms.


Yu-Han Chao was born and grew up in Taipei, Taiwan. She received her MFA from Penn State, taught at UC Merced, and recently became a Registered Nurse. The Backwaters Press (an imprint of University of Nebraska Press) published her poetry book, and BOAAT, Dancing Girl, and Another New Calligraphy published her chapbooks. Red Hen Press published her story collection, Sex & Taipei City, in April 2019. She maintains a blog about writing and nursing at www.yuhanchao.com.
Posted by Sandra's Book Reviews at 10:14 AM