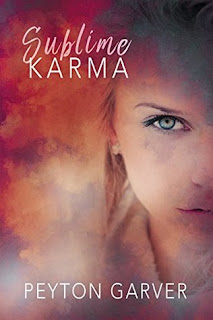 One morning, Jake got up and left for school just like always...except there was a new girl that boarded the school bus. He couldn't help but be intrigued by the mystery girl, who mainly kept to herself and had an air of emptiness.

Brie never really wanted to fit it. As long as people left her along―including her mother and stepfather―she was good; all she needed was her art and run.

He's on the football team and she's on the cross-country team. I kind of bypassed most of the sport stuff since it wasn't that interesting. I wasn't that taken by the story. With a lot of it revolving around high school life and world of popularity, there was often too many characters―faceless names really. I honestly would've kept that to a minimum as it crowded the story, making it more daunting.

The kids obviously have their parental and peer issues and there was possibly a blossoming romance that played in there; however, I would've liked it better had it been more simple.

Posted by Sandra's Book Reviews at 8:39 AM