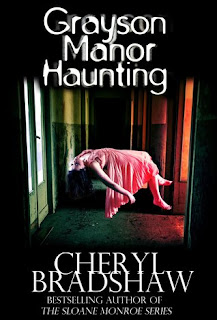 Addison Lockhart just inherited Grayson Manor, which seemed like the perfect opportunity to escape her past life. But there’s something strange about the house. She hears noises—cries and pleads for help. But from where and how? Could it possibly be starting again?


As a child, Addison often experienced visions, one of which was the death of her best friend. But nobody believed that she saw it before it happened, so she was sent to a psychiatrist, keeping her secret hidden and her visions at bay. But, in the manor, the visions are strong. There is a ghostly presence of a woman in a bloody dress.  Research indicates the woman was an actress from the 50’s. A murder in 1952? And what could it have to do with her grandfather? And what else is her grandmother hiding, besides the fact that she also has visions?


In this story, we uncover old Hollywood secrets and lay the dead to rest.