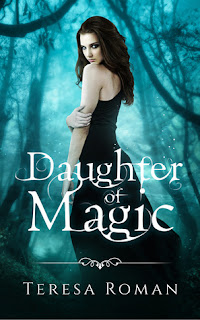 At her father’s funeral, Lilli sees her mother, whom she thought was dead for more than 18 years. Ever since she was a child, she’s had dreams of monsters and magic. Later, she discovers that she comes from a land of witches.


Story had a rather slow start as the character goes on and on about how she misses her father and how she’s afraid of being along and losing her sanity (because of these visions.) Where does the hocus pocus finally tie in? We really don’t get any inclination until Devin (the co-worker she has a crush on) gives bits and pieces into her lineage and history, but we still don’t get the whole story.


It was just taking forever to get to the good stuff. Not quite what I expected.