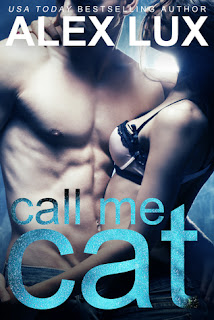 Caitlyn was a struggling law student. With her financial aid cut off and reduced hours as a teaching assistant, she wasn’t making ends meet. On top of it all, her parents were murdered and the killer was still out there, stalking her to this very day. Why haven’t they caught the Midnight Murderer?


One day, she gets offered a job with The Pleasure Palace, a place seeking people with appealing voices. A telemarketing job, right? Wrong. It was a phone sex company. Although reluctant at first, Caitlyn comes to realize that sex sells and she needed the money, because, after all, she was about to be homeless and kicked out of school. She tells her clients to call her Cat.


Although a virgin, Cat gets a handle on the sex talk. One of her callers ends up being the shy, sexy millionaire met recently, and, surprisingly, they end up having a nice, meaningful conversation about everyday things. He continues to call her, each time learning more about the other, causing Cat to like him more. Meanwhile, random calls that are right out of the movie, Scream, continue, making Cat more nervous and questioning the sanity and safety of those around her. Could her secret crush be a murderer? How else could you explain his sudden appearance after every mysterious phone call?


I thought this was a fun, scintillating novel with the phone sex and stalker aspect. Although the ending was kind of anticlimactic, the overall story was pretty good.