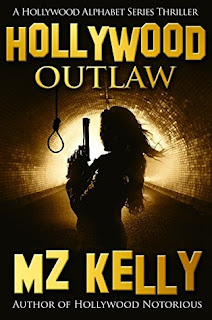 “It was said that the fortunes of Hollywood depended on talent, hard work, and timing. Nowadays…those same fortunes depend on a good publicist, several hundred thousand Twitter followers, and a sex tape.”


Kate Sexton is an LAPD detective working the specialized unit for Hollywood cases. Suddenly, a dead body is discovered on the set of a racy reality TV show. The star was one that everybody loved to hate, so every cast and crew member was a suspect. Readers get a glimpse of what it was like on the set; the show was right up there with Keeping up with the Kardashians with all the drama, greed, and, of course, sex. There were two trails to this case: money and sex.


The writing was strangely scintillating. In the midst of this bizarre and complex case, Kate was in search of her biological dad and the killer of her adopted dad. So, yeah, her life was a regular Hollywood story, too.


Although intriguing, the investigation was still lagging, and I wished it would’ve moved faster. I also thought there were too many characters.


Overall, this started off strong, but petered out for me.