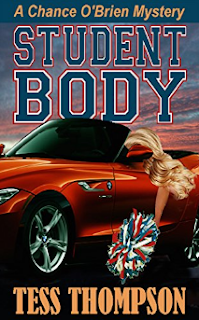 Imagine waking up in a car with cuts all over your face and no memory of the night. That' what happened to Jake, a former football star and now a high school coach. Could he have been drugged? Was he attacked? And what did the hot blonde have anything to do with it? Meanwhile, at the high school, a student body is discovered―a dead girl in the student parking lot.
Chance and Macy O'Brien were top-notch in the homicide division and handled their work along with their new bundle of joy as best they could. Amidst their new challenges and sleepless nights, Chance dives into the investigation.

Told from the POV's of multiple characters―characters that are hard-working, endearing, and relatable― story digs deep into the puzzling mystery surrounding a girl's murder. It was thorough, intelligent, and well-written, and it entices the reader to learn more. Could the coach have possibly killed her and have no memory of it? Jake swore that he didn't know the girl, that he didn't do it. Still, it would seem all the evidence is pointing to him. Perhaps it would take the help of a long-lost love working as a defense attorney to prove his innocence.

Romantic troubles, a strained marriage, a psychic's premonition, a clandestine prostitution ring, and an unknown killer―all wonderfully wrapped up in this great read. "It just gets curiouser and curiouser." (72)

Posted by Sandra's Book Reviews at 8:25 AM