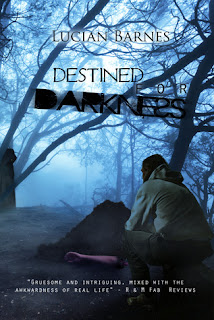 Frank has had a hard life, especially at the hands of his abusive mother. Unable to take any more, he suddenly takes action, crushing his mom’s skull. Afterwards, Frank had to flee—he was a murderer, after all. Killing his mother had opened up a gate of pent-up violence he couldn’t control.


The book had a strong start, obviously. It was gruesome and eerily captivating, but that was just the first part. I thought it could only get better from there. I was wrong. Part 2 lagged significantly with Frank meeting and falling for a girl. Part 3 was no better. I just couldn’t get past Part 2.