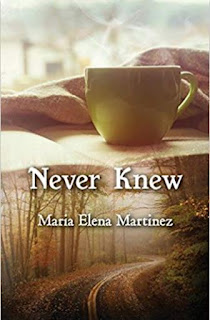 Lexi has given up her career as an illustrator to run grandpa Candelario’s hotel because he has gone missing and is believed to be dead. Lexi believes she can trust Mark, her grandfather’s accountant and an old friend from elementary school. Staying in contact hasn’t been easy but he always sent her messages through her grandfather. However, Mark might not be the person she remembers. Lexi needs to start trusting the right people in order to keep herself safe in this suspense about friendship.

My review: Lexi’s grandfather disappeared and, since then, has been presumed dead, resulting in her inheriting his prestigious hotel in Florida. As a former Illustrator, she knew nothing about running a hotel, but was not about to dishonor her grandfather’s wishes.

Coming back to Florida may have seemed like an easy task, especially when she reconnects with an old friend from school—Mark. However, nothing is without its drama. Out of the blue, her boyfriend, Rob, presents an impromptu proposal that leaves her floored. After all, Lexi has never really considered marriage. Suddenly, he wants more—he wants to move to Miami, buy a house, and settle down with her. With Rob’s decision and the hotel, Lexi was spinning in all sorts of directions. It was too much too soon.

Of course, things get more complicated when her old friend and her boyfriend don’t seem to get along too well. Could Mark be in love with her? And what kind of secrets were they hiding? Who was she in love with? Both? Neither? That whole war of the roses between them was just crazy!

Caught up in a strange disappearance, an espionage trail, and the love of 2 men, one confused woman learns what she never knew.

This was a pretty enjoyable read. Reader feels just as lost as Lexi battles the confusion and sense of loss. So many questions and no answers.  What lies will she discover? Who does she believe after so long? What will be the truth?

The writing presented the story in a summary style, explaining rather too much at times. For the most part, the story was well-written and easy to read. I liked how relatable Lexi was as well as the surprises you find in her story. Although I valued the descriptive scenes, I thought some were too long and could’ve been condensed to just the major parts.

Overall, this was pretty good.

Her first instinct told her not to let him inside. A past incident regarding someone else came to mind. She clinked her nails on the doorknob, deciding what to do.

Posted by Sandra's Book Reviews at 8:23 AM