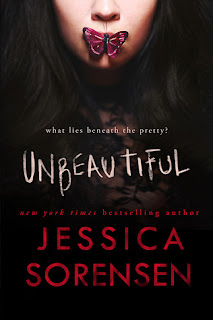 EmeryYou want to know my secrets? What lies beneath the pretty? The scars I can’t let anyone see? The scars tied to my secrets? On the outside I appear normal. Some might even say perfect. They say that I’m a pretty girl. They say I should be happy. They say that I have nothing to be angry about. That I’m popular. A cheerleader. That I’m perfect. Perfect. Perfect. Perfect. But all they see is what’s on the outside. On the inside I’m raw, open, bleeding. Scars that can’t seem to heal the wounds. Carrying dark secrets about who I really am.How afraid I am to tell the truth.And it’s slowly killing me. RylerTattoos. Piercing. Scars. The guy who can’t speak. Gothic freak. Mute. Punk. I’ve heard it all. They say that I’m probably dangerous. They say people should stay away from me. They say. They say. They say.But who are they anyway? To decide what I am. They don’t know what’s hidden beneath the scars. Beneath the piercings and tattoos. The secrets I keep hidden beneath the silence.Maybe if they knew, they wouldn’t fear me so much. Then again, maybe they’d fear me more.


My thoughts: Emery seems to be “too perfect” until she gets home and all hell breaks loose. Those dreams. What are they all about? Is that why she must sleep handcuffed to her bed? Was she a prisoner of madness?

Ryler is a troubled boy who’s always on the run.

They thing they both want: an escape.

What starts off as intriguing (particularly Emery’s side of the story) soon develops into a complicated haze (particularly with Ryler’s sudden involvement with the feds.) This book really should’ve centered more on Emery (her part was just better.) Besides Emery was the beautiful one, not that gothic mute freak. What I liked best about Emery’s story was how unbeautiful her life really was with her hidden scars and mean parents.

Well-written for the most part, this story, assembled with words of poetic prose, was somewhat monochromatic. It starts off compelling enough, but then it lags with heavy doses of tedium. It was mainly all about obsession: Emery obsessed over her sanity and Ryler obsessed over this mob that was after him. The book was just too long to go on like this. It really should’ve been a novella, especially if this was a prequel to a series.

To be honest, I was more intrigued by the summary than the novel, which was just okay.

Posted by Sandra's Book Reviews at 7:51 AM