Review: GIRLS IN THE PARK by Jeanine Bradwell 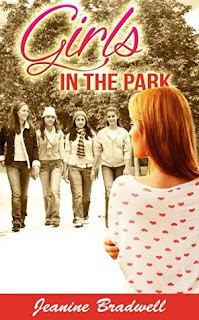 The beginning brings about a heavy nostalgia surrounding four girls in a park, where they were free from home, free to be kids, free to be happy for one fleeing moment.


Years later, the main character, narrator of the story, returns to the same park, realizing how small it now seems compared to when she was younger. And then she wonders about the other girls. Where are they now? How are they? Did they find happiness? So she hires a private investigator and learns the truth. One of them is actually in jail.


The other two girls are the only ones she is able to reunite with. And it’s the reunion that eats up most of the book.


Although short in length, the story felt rather cumbersome and somewhat mechanical. The characters were just going through the “motions” of a standard meet-and-greet. It wasn’t too enlivening and it obviously aims to provoke a disheartening state of nostalgia with deep reverence. However, I felt the story was a tad underdeveloped and that certain parts could’ve been embellished more. Truth be told, I would’ve liked to learn more about the girl in jail.