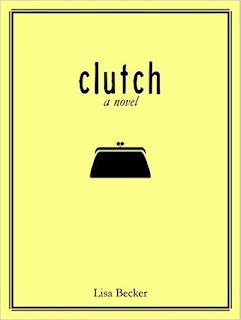 Caroline has had a love for handbags since she was little, so it was natural that she came to be a designer for handbags. Her dream, however, is to start her own handbag line called Clutch.


“Much like a handbag, she believed a man was an accessory that needed to be perfectly matched. This is the true story of how she had to try out a number of different handbags to find the one she wanted to clutch – or hold onto.” (27)


Story started off a little slow, beginning with her obsession with handbags, but it was interesting to see how they related to the men she’s dated. I must admit that some of these were enjoyable, like “Hobo,” the one with the starving artist bum that mooches off Caroline. I mean, stealing from her, really? Each chapter is named after a specific handbag as it relates to the man. In “Messenger,” Caroline runs into a guy that won’t stop speaking in bible quotes, claiming to be a messenger for God. Yeah, that gets annoying fast. These dating experiments along with best friend Mike’s sarcastic remarks and childish antics made for a pleasant and easy-flowing read. I liked Mike. He was funny, charismatic, and willing to lend an ear. But, most importantly, he gets Caroline, he understands her and knows what she wants. Mmmm, maybe he was “the clutch?”


Witty and heartfelt, Clutch is a light, fun romantic-comedy about trying on different styles (of men) before the right one fits.

Posted by Sandra's Book Reviews at 7:19 AM