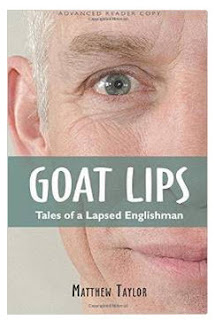 This is a collection of stories about Matthew Taylor, chronicling events from his audition as “Goat Lips” to his near-orgasm of owning his first car.


The author relays an honest and witty account in a light and philosophical manner. The events in the book are somewhat analyzed from the character’s point of view, like his theory on jumping in first naked, for example. Some were interesting while others were just weird, like his idea of changing the word “clothing” to “jiggle-stoppers.”  Ooo-kay.


I thought these tales were good in a sense that they were generally well-written; they didn’t impress me so much as some tended to drag on and on with gratuitous details. It’s like the character was going on and on about a point, talking senselessly about it, but never actually gets to the point, which caused for some enervated reading.