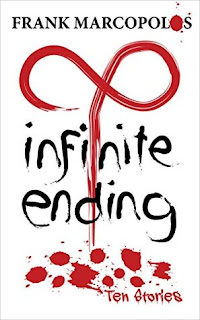 According to the preface, each of these stories (plus two essays) was written in a month, making for 12 total in this collection.


In “Conversing,” a man tries to forget about the load of garbage loaded in the back of a car while riding with a sensual beauty.


“Storytime” was a little weird as it starts off with two characters, one asking the other, “Wanna hear a story?” and the other replies, “No.” From there, it deviates to the man talking how every time he hears the word “no,” it gets him thinking about killing that person and everybody else associated. Yeah, I kind of get that way too, especially if I were stuck working in a cubicle “in the heart of the 6th floor…in the epicenter of Oculent Financial Corporation, one of the most exciting companies in all America.” (38) Yeah….whoo. Basically, the character talks to the reader, griping about this and that.


Overall, these were well-written, but, of course, some stories were more interesting than others. I did wonder how these tales related to each other. They must have been narrated by the same protagonist, A.K.A. the author, right? Sometimes I felt that he was just blathering on and on. What are you talking about, man?