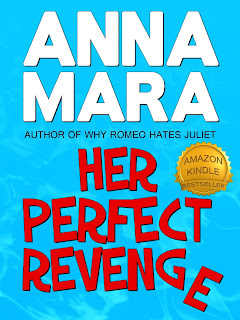 Like Carrie, this story begins with a young girl’s harassment by her peers. It all begins when 14-year old Christina experiences the worst day of her high school life. How traumatized must she have been when the kids threw condoms at her? Why is it always the good girls? It was all Billy Havenwood’s fault; he ruined her life.


16 years later, Christina transformed into a hot babe. Of course, as her luck would have it, she runs into her high school nightmare. Billy was still rich, handsome, and still a jerk. At that point, Christina vowed for revenge, to ruin his life like he ruined hers. You go, girl!


I liked Christina! She was cute, sweet, clumsy, and crafty. I loved her bold gumption, especially after realizing that Bill was so arrogant and smug. How dare he flirt with her!  And how dare she like it! As her friend pointed out, “the opposite of love is indifference, not hate. Love and hate are actually this close.” (39) No, but Christina claimed that “with men, what you see is what you get, and she saw a bastard.” (230) She won’t give up until she discovers his juicy secrets, and Bill was hiding something. Then he threw a tailspin of a scheme of asking her to pretend to be his fiancé so his rich daddy won’t cut him off.


The attraction between Bill and Christina was mutual as they go pretending to be “in love.” Seeing them play “house” was actually kind of nice. I would love to play “wife” with Bill, who was a lean, muscular, take-charge kind of guy. His jealousy over Christina’s “boyfriend” was so cute. They were both very good liars, which made them perfect for each other.


Bill’s father, William, was such a ball-buster with throwing all kinds of challenges at the couple, making it harder and more awkward for them. It was definitely a battle of father vs. son with Christina in the middle. After all, “it took a scammer to scam a scammer.” (72) Each new twist threw you in for a loop.


Written in a universal omniscient narrative, this book was a gripping read. This was all about 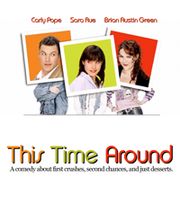 revenge and blackmail…by ALL (everyone had a reason for it.) The schemes were intricately crafted and weaved together perfectly for a real page-turner. It was like watching a TV sitcom—sweet, romantic, and funny.


Of course, this book was definitely a re-hash of the Carly Pope movie, This Time Around, which was about a girl exacting revenge on her old nemesis but ends falling for him instead. Still, I enjoyed the fun and quirks by both the novel and the movie.

Other novels by Anna Mara: Why Romeo hates Juliet
My rating: 5 stars