Review: TWO FOR THE HEART by Ekta R. Garg 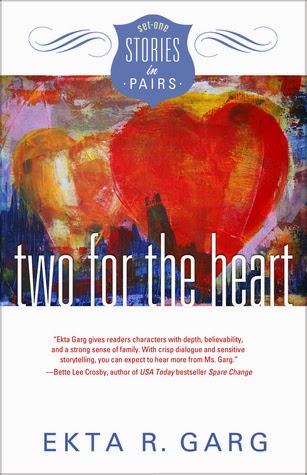 This book is basically two stories in one.


In “The Proposal,” Akshay and Poojah marry and divorce 48 hours later, shirking their Indian heritage tradition. Off the bat, I ask why.


In “Remembrance,” Rose is making funeral arrangements for her dead father and is re-acquainted with a sister that’s been in an accident.


First of all, I failed to see the connection between the two stories. One was clearly a multicultural romance and the other was loaded drama. Clearly, the stories were supposed to have an emotional impact, but I found them daunting and tedious with mildly forgettable characters.

Posted by Sandra's Book Reviews at 8:35 AM