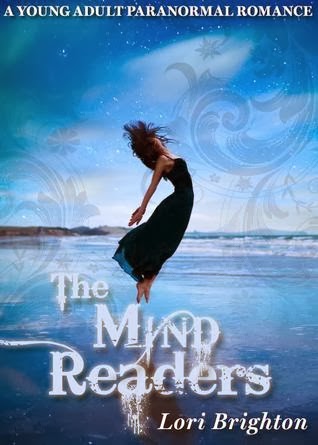 The reader hears the heart and tortured soul of a mind reader, a young girl named Cameron.


Knowing the truth about everyone can sometimes put a damper on Cameron. She cannot believe the people she calls “friends” are a bunch of two-faced liars. Besides, “most people’s thoughts were annoying.” (374) I agreed with Cameron about there being “so many more important things than school crushes.” She wasn’t flaky and vain like the other kids. I dug that about her.


The plot suddenly thickens when a body mysteriously appears on a beach shore and the words “I killed her” filters into Cameron’s head amid the screams of rambling thoughts. But who said it? Then a strange boy—one Cameron can’t read—shows up out of the blue. Could Lewis be like her?


I just loved Lewis! He was an intriguing heart throb with mystifying allure and a protective nature.


The hunt for the Mind Readers was on and Cameron could be in danger—unless she goes with Lewis to a school and trains her abilities. I couldn’t help but be impressed by all their powers.


You could feel Cameron’s hard work and frustrations as she tries to master her powers. In the meantime, she’s still this shy, giddy girl, especially when she was around Lewis. But are Lewis’ feelings genuine? Was the mentor, Aaron, being honest? Or were they both just using her?


Well-written and enjoyable! A story that pulls you into a vortex of mystery and excitement.


I can’t wait for more of the Mind Readers.