Review: THE DOLL by J.C. Martin 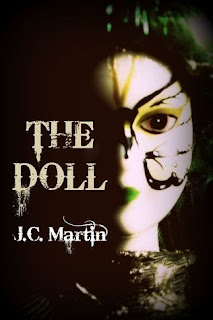 On La Isla de la Muñecas (Island of the Dolls), dolls worn and withered throughout the years are hung in memory of a dead girl. Most of them look like Chuckie—very creepy. “Don’t touch the dolls,” they say, for it will disturb the spirit. Why even take a tour like this?


Ever since that tour day, Joyce has been freaked out about those dolls. Then she realizes that her daughter has a new imaginary friend, but is she really imaginary…or is it the curse of the doll?


Now, she must figure out a way to break the curse or deal with the consequences.


This was a quick mystery; however, I felt that the story could’ve elaborated a bit more on the curse and history of the dead girl.
My rating: 3 stars﻿