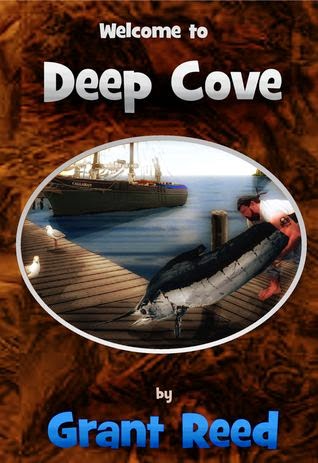 At thirty-one, Garrett Willigins has finally earned his private investigator's badge. Unfortunately, the bills haven't stopped coming and building a solid reputation won't happen overnight. Forced to take employment wherever they can, Garrett and his miniature dragon partner Merle, must dirty their hands any way possible to make a buck.

Shoveling manure, chasing cats, and dock duty seem to be the order of the day. Working off back rent for a notorious gangster isn't the safest of jobs on a good day, but when the other workers start turning up dead, Garrett finds himself elbow deep in a mystery that could spell a quick end to his short P.I career.


My thoughts: The first thing that struck me about Garrett Willigins was: he has a dragon—a dragon named Merle? Mmm….  And he talks, too!


The pair was kind of like an odd couple, like the roommates on the comic strip, The Duplex, and the two were set in a scene straight from King Arthur’s court. Knights, kings, goblins, and princesses are all things you’ll expect to find in this book.


I’m not that much into fantasy, but what encouraged me to try this book was that it dabbled in the mystery genre, even though I couldn’t figure out why there would be a private investigator in King Arthur’s court when they had wizards to do the bidding. This story presented a light-hearted dialogue with humorous quips; however, my interest was deterred by the complexity of the plot. There also may have been a few too many characters to keep track of. Percy, Pacorro, Don Fergani, Omik, Kaxaun—who can remember these? If I can’t say the name, I usually don’t remember it.
And I honestly couldn't quite understand the need to work at a fisherman's dock.


I trudged on until about a quarter of the way before I stopped all together. I just didn't get it.

Posted by Sandra's Book Reviews at 9:57 AM