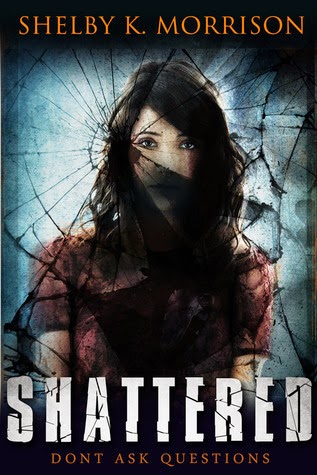 “I’ve just killed a man”—words that would change the life of Alexandra Bowen forever. The story captures the reader’s attention from page one!


How could Alex wash off the blood from her hands? How could she forget the feel of that cold skin or those vacant eyes? How will she be able to erase the memory? Even if it was self-defense, it was something she did and will never be able to take back.


Lunged into emotional turmoil, Alex attempts to live her life as a college student, but the agonizing guilt would crush her over and over again.   Then it all came to a sudden halt when she realized the possibility that she was being watched. Spooky! But wait! What world has she entered? Was she losing her mind? It seemed that our heroine has fallen into some type of Twilight Zone that kick-starts her survival instincts. What?


This story is a wild ride through a jungle of military enforcements and dangerous land mines.  Who do you trust? How do you differentiate what’s real? But, most importantly, how can you escape?


The characters were so real that it felt like I was right there with them, lost in a haze of confusion. At times, it was difficult to figure out what was going on. I had an especially hard time figuring out the ‘why’ and ‘how.’ Why was there a government conspiracy? How did Alex’s entire existence just vanish without a trace? Like Alex, I felt…crazy!


What I liked best about Alex was that she was a fighter. She refused to die, much less die easily.  I also enjoyed the wry humor everyone had, especially for being stuck in the middle of nowhere while running for your life.


The story was separated into two segments: one as seen through eyes of Alex and one in the POV of Ian, a conspiracy theorist. While Alex was running around trying to piece together the details of her supposed life, Ian was working undercover to blow government secrets out of the water. It almost felt like two distinct stories in one. How would it all tie together?


But still the question remained: What did they want with Alex? The perplexing tale just beckoned you to read on.


A well-written, gut-wrenching, high-flying mystery that will keep you on your toes!