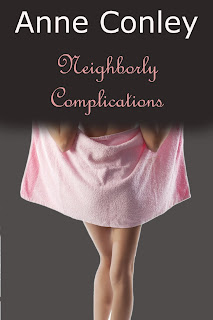 Claire just inherited a house, a “fixer-upper,” which is, of course, a euphemism for “shack crap.” Never one for having the best of luck with men, she runs into hot, Texas-cowboy neighbor, Max. Actually, he saves her after having fallen into a well. Instantly, there is a smoldering attraction between the two.


At first, however, the two get off to a bumpy start…..mostly because she was just an uppity broad that thinks women can do anything men can and don’t need any of their protection. Well, she certainly changes her mind about that when she couldn’t lift that jackhammer. Part of me wondered what the hell was wrong with her. Who wouldn’t want a big, strong, protective man who can fix up a house? And he was STILL there even when she was acting crazy and bitchy! Now HE was a keeper! I thought that Claire was too bossy with him, but he seemed to like it. She was also kind of trampy. Who answers the door without a bra? But I was glad that Max protested against THAT. No woman of his was going to be answering the door in her underwear. Still, he did put up with a lot of her bitchiness and he liked it, too. Obviously, something was wrong with him.


Set in the lovely country town of Serendipity (in Texas,) this story has a brazen writing style and a quirky sense of humor. This town also had some meddling neighbors, which just reinforces the rule that one should NEVER get TOO chummy.