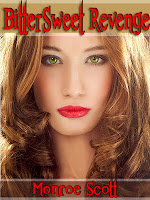 Conservative Alison could not believe her own eyes when she met the handsome stranger, whom her friend referred to as “the keeper.”  The interface could almost be taken out of a James Bond movie—with champagne, fancy tuxedoes, and lustful, quiet stares. Where else would you get messages like “I still smell your perfume on my shirt”? The attraction was instantaneous, the desire was intense, and the touch was unforgettable—all of which were the typical findings of a romance story.


It didn’t get interesting until the fantasy of “the perfect love” crumpled like a patch of dry dirt. This was where the seed of bitterness was planted and rooted in her memory, and a plan soon began to grow. This would be where the reader takes off on a rollercoaster ride of mystery and suspense, always gripping the edge of the seat, waiting in angst to see what’s around the next corner. But, like a premature child, the whole thing “came out too soon,” producing a work that was underdeveloped and weak.  It definitely could’ve used more time to grow.


At times, I felt that the day-to-day aspects were a tad too mundane and often read like a “chore” list rather than a novel. I drudged through the book, glazing over large portions and looking to the end to see how much I had left to go. I couldn’t wait to get it done.


In the midst of it all, however, the author’s skills showed great promise and the delight for the genre was evident. A sweet irony in the end will be appreciated by readers. And although the story was not completely up to par, I could still see where it was trying to go, and, with several more drafts and revisions, I think it could’ve gotten there.
Posted by Sandra's Book Reviews at 10:57 AM