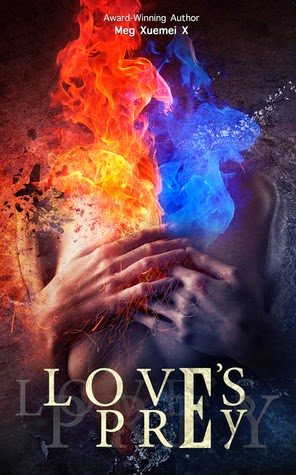 “As its coldness pierces me, I flinch back from my reflection. I was once a cheerful kid, but all I have now is a cold shell, with a colder heart. I put down the mirror, telling myself what I’ve become now doesn’t matter. In two more years, I’ll go away to college and leave this dump. In between, I want no complications.” (17)


Xirena is the girl with “the coldest eyes I’ve ever seen,” according to the neighbors.


The reader will be curiously drawn to Xirena’s dark and flippant personality. The origin of her “slut” nickname was beautifully descriptive and heart-wrenching. Having to deal with strict parents, controlling siblings, harassing peers, and physical violence, is it any wonder why she is the way she is? But “ambiguity is a form of art in Chinese culture. It’s a required survival skill.” (81)  Nonetheless, it was her skillful street-fighting abilities and unwavering determination that made her stand out in triumph. From then on, she was the “black sheep” that everyone stayed away from—everyone except Kai, who “sees something else… beneath the crudeness.” (40)


The story reads almost like a poem with the curt and pensive sentences. It almost feels like a haiku—a Chinese haiku (which are actually Japanese).  Like the weather, these words expressed both the sensitivity and brutality of humans against the backdrop of lovely China.


I was able to relate to Xirena in several ways: her plain features, her anti-social stature, her disregard for everyone’s opinions, her comedic nonchalance and smart-ass remarks, and, most of all, her fascination for the arts. No one would think it from the looks of her, but she is actually very smart (I absolutely know the feeling!)


Believing that he should find some other girl, Xirena refuses to see that she is the honey that Kai is sweet on. His patient persistence was admirable and too sweet to ignore. There was no doubt that he was the artist with a poet’s heart and that he would do anything to protect Xirena.


A well-written and unlikely love story between Shakespeare’s Romeo and the Wicked Witch of the East. This was an interesting tale told from a China girl “born with a pair of slanted eyes that struggled to see the world.” (152)


Posted by Book Club Reviewer at 8:41 AM