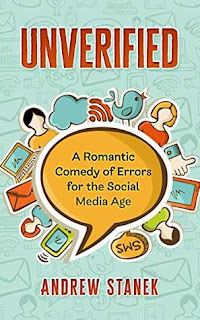 Dylan lived a life of failure and had a mad crush on this girl. Maybe he could throw a party just to get her to notice him.


Everyone hated Dylan, who loves hate. What a strange weirdo. He’s a sociopath that stopped using social media but was still on it.


Why would any girl like Dylan? He was “a dishonest, smug, unpleasant, unemployed coward.” Dylan is so cynical and self-deprecating, flaunting it with refreshing wit and laughable irony. (For ex: “I’m seeking my fortune, I just wish it would stop hiding.”)


Really, the whole group of friends is whacked. It’s easy to get into these characters’ affairs. They’re so used to chatting online that they never really learned to talk to people. They were “more at ease over the internet and more awkward in real life.” (LOC 260)


Misunderstandings and chaos at their social gathering. People are jealous and crushing on each other. They were such deviants with wanting to break each other up through trickery, lies, and deceit. How were they even friends?


Interesting read overall. It was fun to see the mess they get into. Dylan was infuriating as hell, but funny, too! Sadie was just a psycho! Heather is a jealous freak. Tom was a pompous, walking news reel.