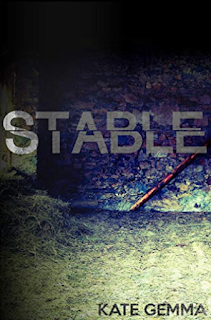 They say those who do not learn from history are doomed to repeat it. Then, there are some who learn and are doomed anyway.

Maura Bennet has lived her entire life in the shadows of the unspeakable horrors she and her closest friends- Sawyer, Charlie, and Greg- endured when they were just thirteen years old. Growing up in Settlers Hill, a small, safe town tucked between two mountains, they never could have imagined that they would be abducted and held captive for three days in a lightless, abandoned barn stable by a sadistic madman. As an adult, Maura still allows herself some days to deny this reality completely.

Eighteen years later, Maura, Sawyer, and Greg reunite in their hometown for Charlie’s funeral. Maura intends to stay for the funeral and return to her new city life as soon as humanly possible. But travel plans come to a halt when Greg and Sawyer go missing and all signs lead back to the stable. Are they alive? Is she next? She doesn’t know the answers and she refuses to sit around and wait to find out. The man who took them as children is rotting in prison, so who is taunting her? Everything Maura thought she knew about her past comes into question. She must find her friends before it’s too late, even if that means facing her demons head-on.


My review: Kids were kidnapped and rescued. They thought it was over…but was it?

Year 2000: Charlie, Greg, Sawyer, and Maura are best friends, fending for themselves in school.

Year 2018: Charlie is dead and Maura returns to her hometown for the funeral, reconnecting with old friends, Greg and Sawyer. Charlie should’ve died with them in the stable.

Story constantly bounces back and forth between past and present. The past is written in 3rd person perspective while the present is written in 1st person POV of Maura, which was a little odd. The pace was kind of slow as it mostly relays the group’s history with the town and community. The reader relives the kid’s abduction and what it was like for them in the stable. The overall experience gives this creepy vibe, especially when one of them disappears in the present and the scenes bring them back to those dark memories. I wish this would’ve had a quicker pace to bring more suspense.

Overall, this was a decent read. The mystery can get a little hazy sometimes, and I get the feeling that this story preys more on your fears.

My rating: 3 stars
Posted by Sandra's Book Reviews at 7:37 AM