Review: BURN FOR ME by Lea Coll 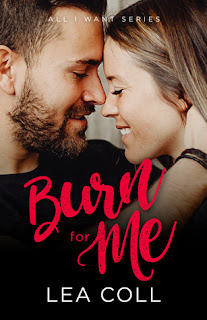 
For as long as Ashley could remember, she's had to prove her dedication, tenacity, and knowledge to get to where she's at. Not like Logan, who's had everything handed to him. Ever since her mother gave up her life to raise her and her sister, she vowed to study, work hard, and stabilize financial independence so as not to rely on any man to take care of her.


But when she and Logan are hired by the same firm and are forced to work together, things heat up. With such tension and competition between them, they just get under each other's skin. After the probationary period ends, who will stay? Well, the mean secretary in the office wasn't making it any easier for Ashley. Why was it that only her case files were conveniently "misplaced?" Was she that clueless...or was she trying to get her fired? Ashley would have to work harder for sure to battle the sexist, corporate politics.


I thought this was pretty good. I liked Ashley's strong, independent streak, which seems to be off-putting and intimidating to men (something I can relate to, btw.) But Logan wasn't afraid of her fire; in fact, he welcomed it. Ashley has had a crush on Logan from the first day she met him, but when she realized what he a charmer he was, she kept him at a distance. The two challenged each other. But once she actually took the time to get to know him, she realized what a nice guy he really was. Throughout this story, Ashley relives her past break-up, speculates on her emerging feelings for Logan, questions what she really wants in life, and wonders if she's made any false assumptions about others and herself.