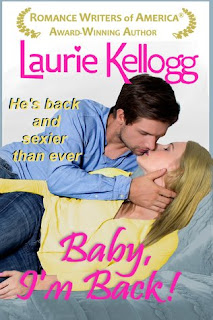 Samantha Rivera was a divorced mother of a teen daughter; she was trying to move, but she wasn’t entirely over her ex.


Nick didn’t want a divorce, but his accepting a new job in a new town without telling his wife was the final signature on the papers. As a Latino, he was raised to man up and take care of his family no matter what.


Their teen daughter has a tendency to get sick and has been acting out, being a real brat. It could have something to do with her lack of a male role model. Well, that was just another incentive Nick needed to return home. The two must set their differences aside to do what’s best for their daughter, but Nick hopes that this will be his golden chance to get his family back.


I thought this was pretty good. I liked the personable effect from the characters, but the overall story got long-winded and overly complicated with the history and various characters.


This was an okay returning love story. It was obviously meant to tug at the readers’ heartstrings with the child’s illness and love lost. But, for me, this was mildly amusing.